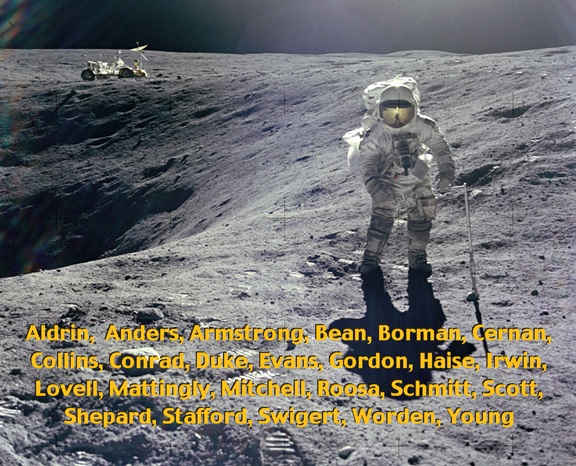 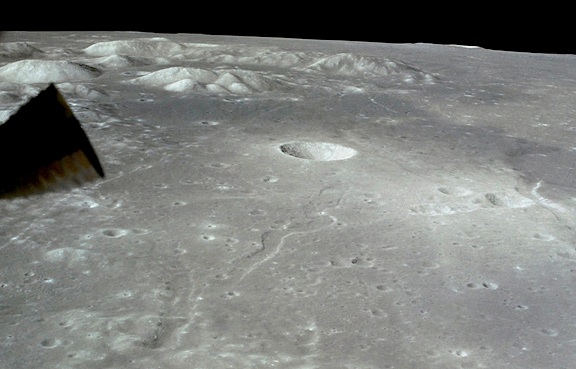 Here is another very favorite shot - a view out the window during Apollo 15's pass over the Sea of Serenity. The original picture ( photo: AS15-87-11709 ) can be viewed at the "Apollo Lunar Surface Journal" site. I have turned and cropped the image, to highlight the incredible landscape which the astronauts saw below them.
Posted by lunartrax at 7:45 PM